I'm really getting tired of Verizon's deceptive pricing (as well as the other major carriers). I have my Galaxy watch with them and they advertise $10 for the plan plus taxes and fees. Well their taxes and fees are 50% of the watch plan itself! So I end up paying over $15 a month! Their admin fee is just a way to pad the cost too. NOT HAPPY. Visible, please provide a Galaxy watch plan!!!

I 2nd this suggestion! In fact, I am not familiar with say how 'Visible' activates the eSim on the Apple Watch that seems to be supported, however, if it can be sent by a QR code, it is highly likely our Samsung Galaxy Watches that have the LTE/eSim can in fact work. Check this little gem out I just found after feverishly trying to get SmartWatch Only service through another provider I won't even mention because they simply suck. Anyhoo: https://youtu.be/1vNAsQcb_u0

Any Visible Reps? Talk to me! Please

PS: I can in fact confirm that the newer Galaxy Watch 5Pro LTE can access this 'hidden' feature to allow QR code scan in the current "Galaxy Wearable" App. At least for me via the Samsung Galaxy S22 Ultra which is my phone w/ Visible atm. *hint* *hint* ? 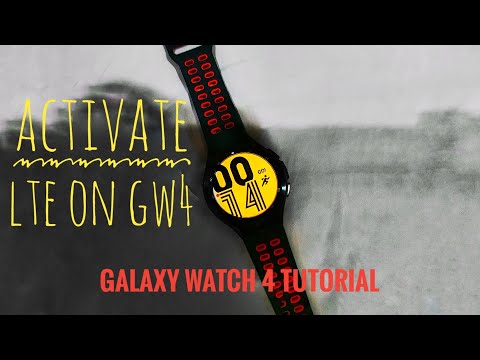 After an entire day of trying and failing to get a standalone plan for my Samsung Galaxy Watch5 from T-Mobile, Verizon, and AT&T (their website makes it seem possible to do, and even lets you order, check out, get the eSIM, etc., but then after it's all said and done, when you go look at your account it says you are on a $75/month data plan, although when you order it clearly says $13.49/month), I finally got it done.  Here's what I ended up doing.  First, I went to mintmobile.com, paid for a three-month $45 prepaid plan (4GB of data per month) that's not even marketed for watches.  It's for phones.  But I figured I'd try this out.  The major carriers all insist that you have a postpaid phone line with them to be able to add a line for a watch.  I don't need or want a separate postpaid line that will cost me between two and three times what I'm currently paying for my prepaid phone line.  But anyways, on the website I selected the option to receive an eSIM.  It says on there you can only use it on select devices.  I didn't even pick a device on their list, (which later on it even told me it would only work for select iPhones, scared me for a bit) but just opted for eSIM delivery.  I got the email, clicked the link, and it wasn't working.  By it I mean the activation code.  So I opened up a chat with a rep, he got me a new phone number, set up my account, and then sent me the QR code in a .png file.  I connected the watch by Bluetooth to an older Galaxy phone that doesn't even have a SIM card in it.  I used the link above to get the Galaxy Wearable app to scan the QR code, and guess what?  It worked!  I then turned off the Bluetooth on the phone, thus disconnecting the phone from the watch.  Next, I tested it out, and it worked.  My watch is now working as a standalone unit for both phone calls and texts, with Mint Mobile as the carrier.  I'm paying $15/month, prepaid.  Awesome!  Take that, major carriers!  As far as contacts, which is all I really wanted to transfer over from the phone, what I did was set up a Samsung and Google account on the phone, and put all of the contacts I wanted on this watch in the Google account.  They synced over into the watch perfectly.  Now I'll just hook up the phone to the watch every few weeks or months for updates, and to sync any new contacts from the Samsung/Google accounts.